Onision met her first wife Skye Tantaga way back when they were still in high school. They met in 2003, and it is Onision who made the first move. One thing led to another, and the duo started dating. She appeared many of Onision’s videos and websites while they were still dating.

Skye Tantaga married Onision in 5th August 2005. At that time, Onision was serving with the United States Airforce, and due to military work, they could move together from one place to another.

According to some articles by Onision, he has argued that he never had enough time with Skye. At one point this Youtuber had to chase away her two friends in order to be with Skye. Well, it sounds absurd by Onision is capable of doing anything.

It got most of his fans by surprise, and most people took it to be rumors often associated with Onision. However, it was confirmed later that the couple had indeed divorced.

Skye Tantaga, also known as Tantaga, is Onision’s ex-wife. What people know about her was that she was once Onision’s wife. Skye has a channel called FellFromTheSkye. Skye also posted YouTube videos on her channel, Tantaga, which has been deleted. 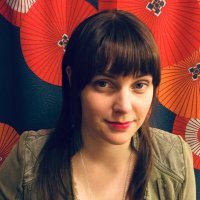 Skye many times in Onision’s videos on OnisionSpeaks was the realistically sardonic voice or a silent jokester. Sometimes while James tried to be nice and answer fan questions, she would put on a voice and make fun of the fan. Sometimes she and James would banter and deviate from a video into a miniature skit-like conversation.